When included in the Galaxy code distribution, tools are defined by "id" and "version", among other attributes. For example, the filter tool has id="Filter1" and version="1.1.0". When installed from a tool shed, the tool's id becomes it's "guid" attribute from the tool shed. If it is migrated from the Galaxy distribution to the tool shed, the filter tool will have the guid "toolshed.g2.bx.psu.edu/repos/devteam/filter/Filter1/1.1.0". To provide backward compatibility for Galaxy workflows and the rerun button in a Galaxy history item, a mapping between the tool's old id and version and it's new id (guid) is provided by building a chain of relationships between tool versions. This happens automatically for every tool that is loaded into your Galaxy instance. 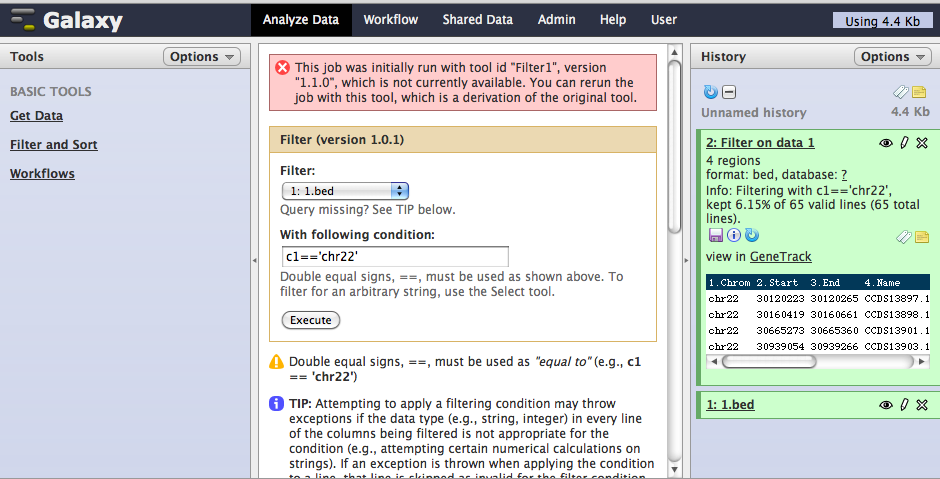 To view the version relationships for each of the tools in your Galaxy instance, click the Tool versions link in the Server section of the Galaxy Administration menu. 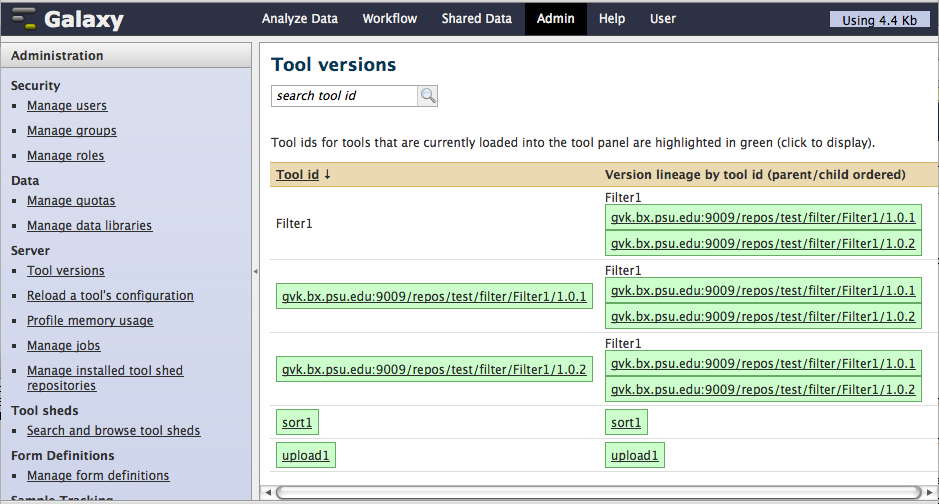