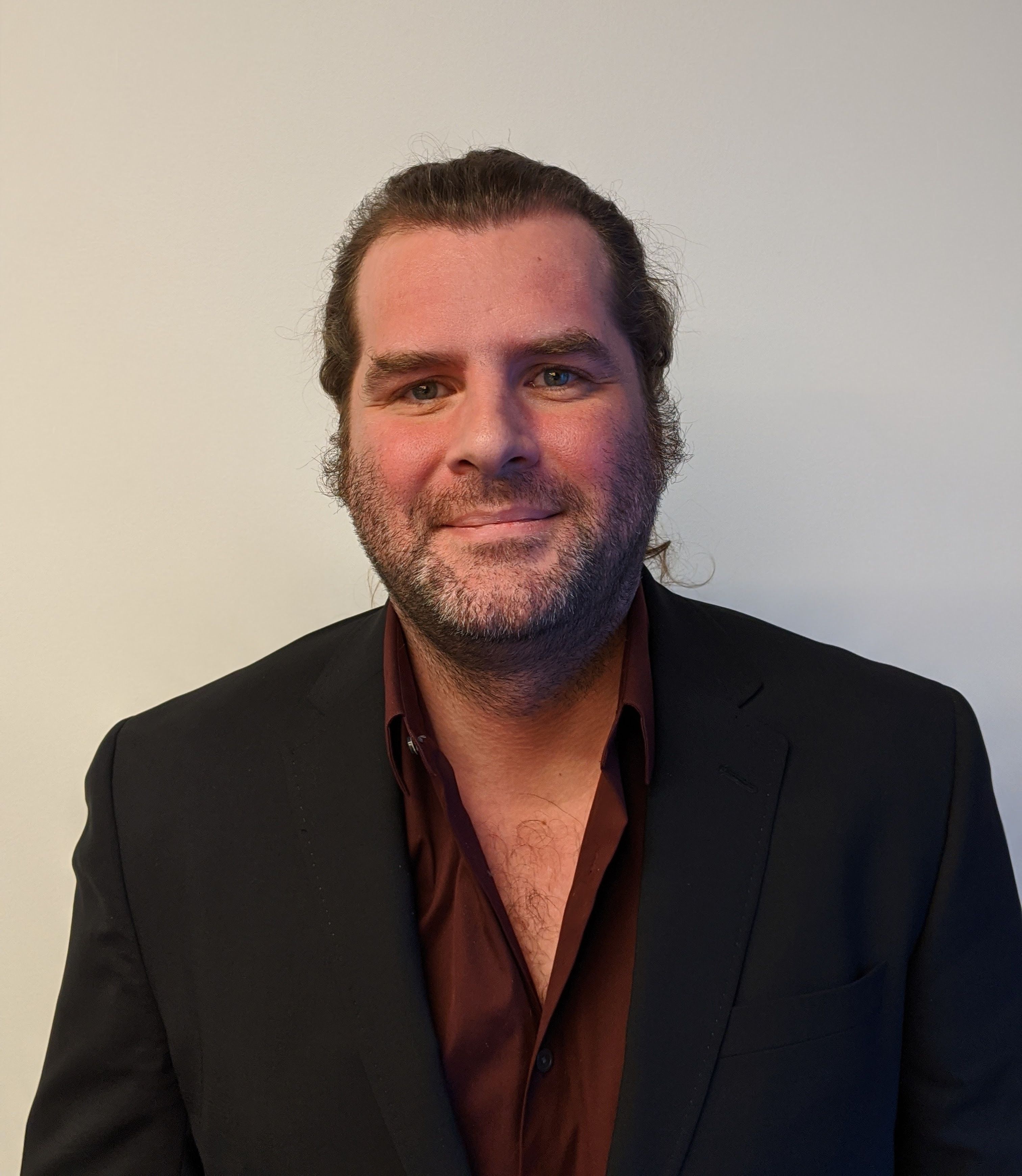 Stories about James from people who know him well.

A man who wanted to live forever: James Taylor

I met James on Friday, Feb 13, 2009. Perhaps that was a sign for what’s to come. It was a job interview for my postdoc. Preparing for the interview, I had searched for a picture of James to know who to look for but I had no success. He was quite concerned about privacy and the social web of the time had not undermined his efforts. When I finally walked into his office, I saw James for the first time: a person about my age wearing jeans, a button-up shirt with top two buttons undone, and a sport coat with elbow patches. It had a somewhat raggedy appearance but elegant at the same time. I guess you’d call it edgy today. Having had a very traditional educational upbringing where faculty was referred to as Dr. This or Professor That and generally wearing professional attire, I was a bit surprised with his appearance (as you may be able to tell given I remember it a decade later). We proceeded to chat about my work and some of the Galaxy efforts he was spearheading that continue to be worked on to this day. The point of this is that James left a long-term impression on me, and it didn’t take long. He had the special ability to be concise and impactful.

Continuing in the vein of a non-traditional mentor (at least by my past experiences), we would have most of our lab meetings over dinners at pubs or at the SweetWater brewery. One particular dinner stands out. We were discussing the impact of cancer research on actual patient care. One thing led to another and the conversation evolved into a discussion about death. James, always pushing the norms, proceeded to elaborate about a not completely unrealistic path of capturing one’s consciousness in a digital format and saving it forever. With time, he argued, it would be possible to reconstruct the consciousness back into physical form and ultimately live forever. Books have been written about such topics but the point remains that James was happy alive and inspired to live forever.

Instead, here we are. Roughly a decade later, I’m writing a eulogy to the man I admired and who has inspired me and hundreds of others to work hard and think on our own. James made a great scientific impact on the world. I am sure others will write about his scientific and technological accomplishments so instead I wanted to focus on the generous and likable human being that he was. He ran his lab not as a boss but as a friend and a colleague that inspired each individual to do their best work. He was an enabler. He was someone you tried your best not to disappoint. In addition, he taught me what is good beer so how can you not love a man like that. I’m going to miss working with you James.

“Keep Going Until We Get Bored or the Money Runs Out”

I enjoyed our conversations the most. All across the world for more than a decade, James and I would find each other at the same conferences and meetings, and we’d head out in the afternoon or evening and have wide-ranging conversations about science, politics, software engineering, medicine, lifelong goals, academia, food, alcohol, and more. He was easy to talk with, no matter how long it had been since we last spoke. He made you feel heard, and he had an intelligence and earnestness, mixed with a slightly smartass sense of humor, that was unique. When I sat down with James, I always knew I’d learn something new or come to appreciate a topic in a different way. And I’d leave the conversation with the feeling that comes when you connect with such an amazing human being. As I remember James, the feelings I had after our conversations will be the ones that I hold onto.

James was a tremendous academic scientist, which is much more impressive than it sounds. Research, teaching, and service obligations are all required of professors. Most of us do some of these things well; James did them all well and enjoyed them to boot. As you’ll hear time and again when others talk about James, he inspired people in all his roles as an academic scientist. The Galaxy Project will likely be James’ greatest professional legacy, and it is a testament to his ability to inspire. The Galaxy community of users, developers, and trainers, which is now worldwide and numbers in the tens of thousands, reflect his vision for open science and education. Through the efforts of this community, James' vision will continue to be developed and have impact far into the future.

Years ago, I asked James how long we should keep working on the Galaxy Project. At the time, Galaxy was a big deal, but there were other interesting projects we had started as well. His response was brief: “we should keep going until we get bored or the money runs out.” I didn’t really get it at the time, but now I think he may have been sharing one of his key principles for how to live. James just didn’t do stuff he wasn’t interested in, but he worked tirelessly to develop the resources he needed to live the life and do the work that he wanted. He seemed genuinely happy with his life and work, a man who was happy with what he’d accomplished but nonetheless had big plans for the future. My dear friend James, we did not get bored and the money did not run out. It’s difficult to accept that we won’t be able to keep going together, but I’m so grateful for our friendship and the time we had.

In the beginning, we decided to take a chance on each other

James Taylor was such a vital and energetic force, I am still at a complete loss for words for this unthinkable tragedy. James and I have known each other for more than a decade, as mentor, boss, colleague, and friend. In the beginning, we decided to take a chance on each other, me as his first student, he as my advisor. I have never looked back. James was an inspiring person, showing you the breadcrumbs leading down an interesting path, and then watching you follow them with encouragement and confidence to a place neither of you had been before. I think one of his most amazing traits was to maintain his sense of wonder and excitement well past when most of us begin to lose it. The outpouring of love and support in the wake of this show just how many people he has inspired and helped with his boundless enthusiasm and vision.

But more than losing an amazing boss and scientific juggernaut, I am going to miss the James that many fewer people got to see or know. There were special moments, on a long ride to a conference, chatting over a beer, or sometimes in the most unexpected situations when "Science James" would slip away and playful geek would come out on full display, whether discussing comic books, the singularity, Doctor Who, music, books, and anything else in his extensive catalog of personal interests. He always felt like the coolest and nicest person that you wanted nothing more than to please and be liked by.

The graduate students at his first professorship nicknamed him 'the rock star'. I don't know if they ever realized how accurate and far from the truth at the same time this was. If anyone had an amazing sense of style and presence, from the shoes up, it was James. But he was also a humble and soft-spoke person, never looking to steal the spotlight or dominate. Instead, he was an advocate, both for those he personally worked with, and for all of the scientific community, pushing for honesty, fairness, transparency, responsibility, accessibility, and reproducibility.

While his loss is a wound that may never heal, I am immeasurably enriched for having known, learned from, worked with, and shared so much of my life with James. Thank you for everything.