What are some risk factors for poor mental health?

The Biopsychosocial model of mental health provides a comprehensive analysis of the biological, psychological, and social variables that interact to affect the prevalence and severity of mental health concerns in the community. According to this model, people are influenced by

These factors interact and have implications for the cause and treatment of various mental health issues. Although specific factors than others may more severely impact different people, it is likely that many people are affected by a complex combination of components. 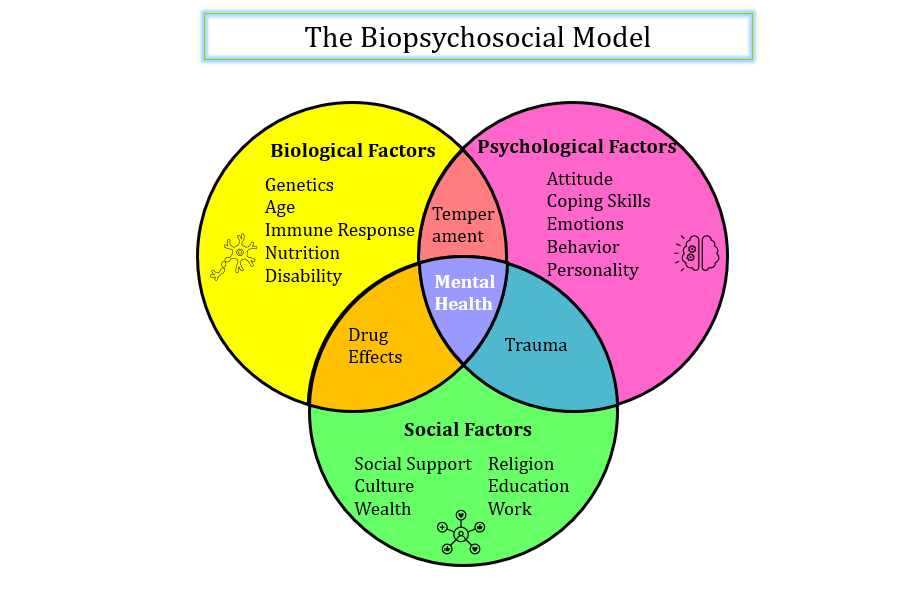 What are some indicators of poor mental health?

There are several indicators and symptoms of poor mental health to watch out for. Each of us will exhibit one or more of these at some point. The most important issue is the severity, duration, frequency, and what effect it is having. Having poor mental health might include

Each of these behaviors might be exhibited by anyone and are not necessarily an indication of a mental health issue. However, it is recommended to seek guidance from a health care provider if some of the behaviors indicated persist over an extended period and negatively affect a person's functioning.

What are the statistics on mental health problems?