As part of our continued mission to simplify data analysis tasks, we wanted to integrate our Nextflow pipelines into GalaxyTrakr to enable the interoperability of the data sets among many workflows and since many state labs and centers already use GalaxyTrakr. GalaxyTrakr is GenomeTrakr’s own hosted instance of the Galaxy Project, an open source, web-based platform for collaboration and science. GalaxyTrakr’s team of engineers and developers curate tools for use in workflows and data exploration by the community of food pathogen researchers.

Just an another tool for Galaxy

Where the tool directory contains a folder called nf-pipelines which should host all of your Nextflow code and configuration files.

Considerations when writing your Nextflow pipelines

You can avoid majority of the issues during integration, by simplifying the data ingestion and output generation for your Nextflow pipelines. This is what has worked for us: 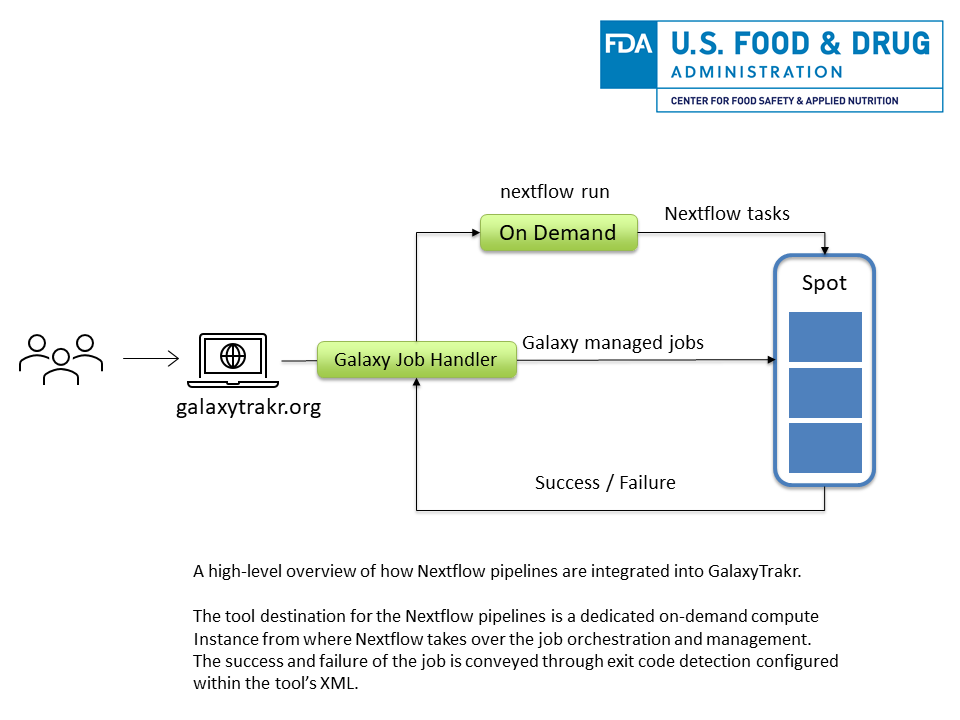