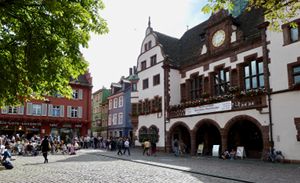 Freiburg Germany is on the edge of the Black Forest, and is famous for its architecture, cobblestone streets and historic districts, and is home to one of Germany's oldest universities (and our host)!. Freiburg is in the Baden wine-growing region and is the sunniest city in Germany.

GCC2019 will be held at Konzerthaus Freiburg in central Freiburg, adjacent to the Freiburg train station. 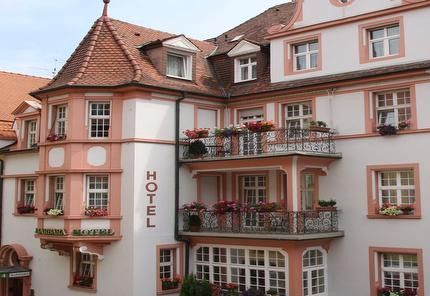 Freiburg has many options for lodging, from four-star hotels to hostels. Please book your room directly online.

Additional to this Freiburg Convention Bureau can assist by finding the perfect accommodation:

Freiburg is located nearby several airports.

The Euroairport in the south is close to Basel (CH) and Mulhouse (F). From there, Freiburg is connected by bus within 55 min, e.g. Flixbus or Euroairport Bus. Round trip tickets are available for 46€.

The airport in the north is close to Karlsruhe and Baden-Baden. From there, Freiburg is connected by bus and train within ~90min. Train round trip tickets are available for 50€.

Frankfurt a.M. is the biggest airport in Germany and one of the biggest in Europe. From Freiburg it is around 2 hours by ICE train.

Zurich in Switzerland is around 2,5 hours away by train.

GCC2019 is hosted by the Freiburg Galaxy Project, the University of Freiburg, and de.NBI (the German Network for Bioinformatics Infrastructure).