The tool set NCBI BLAST+ has moved from the Galaxy distribution to the Galaxy Main Tool Shed.

Migration scripts will run upon Galaxy's first launch (after updating to this release) that will automatically handle installing BLAST (and blastxml) from the Tool Shed.

If you would like to obtain the same reference genome builds and indexes as available on the public Galaxy Main instance, these can retrieved from the rsync server at:

For example, to download the complete directory for the 'phiX' genome:

Genomes are organized in directories by the dbkey. If you are not sure of the dbkey, check your datasets. The dbkey is what is populated into the "database" attribute for a dataset. Read more about how this fits into data integration or [setting up native genome indexes](/admin/NGS Local Setup/).

As reported in the July 20th, 2012 News Brief, several changes have been made to the underlying code that determines run result state from tool exit codes and output. There are now additional enhancements to applying regular expressions and exit code checks. Read more... 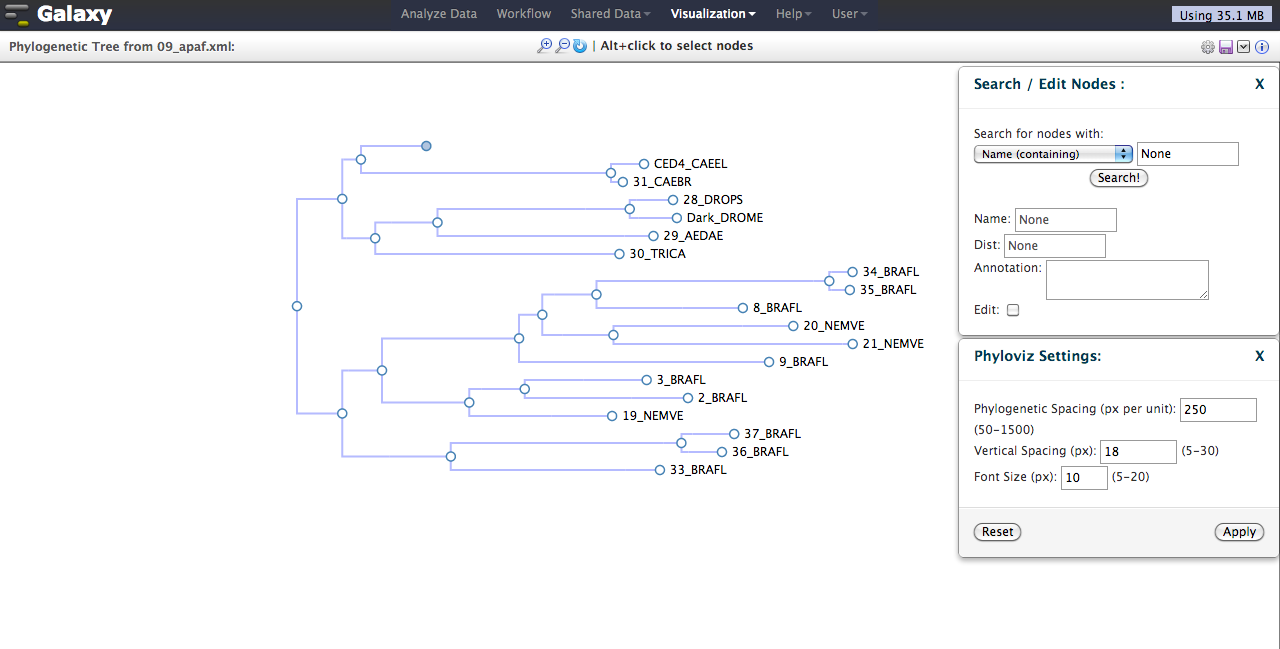 Now the above entry still works, but the following entry is also ok (notice the '/' character after the port number in the url is no longer necessary): 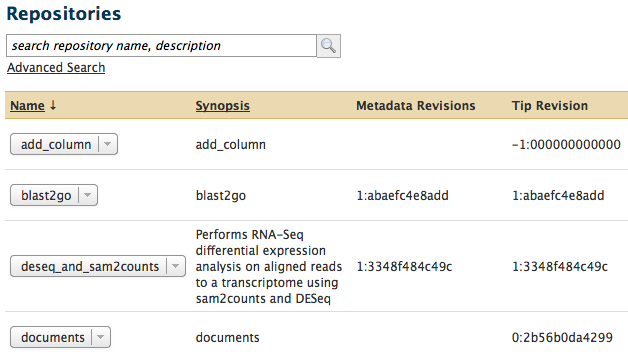 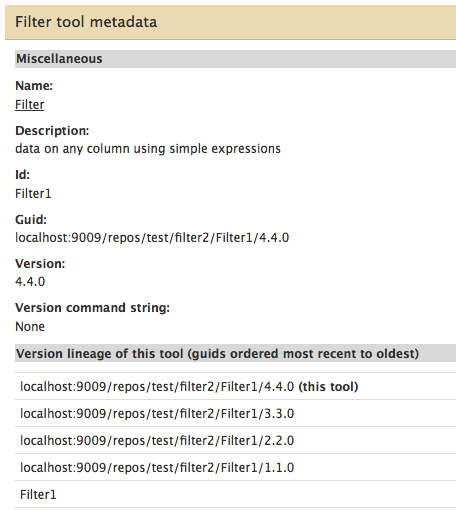 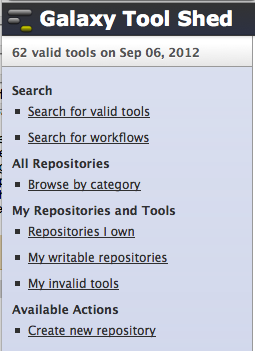 * *General* * Fix permissions problems on `stdout/stderr/errorcode` files when running jobs as the [real system user](/archive/dev-news-briefs/2012-01-27/#run-cluster-jobs-as-the-real-user). * Galaxy will no longer try to modify permissions of [linked library uploads](/admin/Data Libraries/Uploading Library Files/). * Galaxy will honor `umask` when creating temporary library archives for download (solves permissions problems when sending via a proxy server). * Fix tabular display to serve raw when `preview == False`, which should resolve external display issues. * Fix `convert_newlines` and `sep2tabs` to return '0' lines in the event of an empty file, instead of throwing an exception. * Fix chunk-serving logic for tabular files - the correct chunks will always be served consecutively now. * *API* * Encode dataset id for dataset returned when rerunning tools. * *Trackster* * Reintroduce directionality indication to single-block features as it is again compatible with current code. * For feature tracks, only draw name if available. * Only draw connector when both mates of a read are drawn; this prevents spurious connectors from being drawn but prevents connectors from being drawn across tile boundaries. * Update track icons when decomposing a composite track into individual tracks. * *UI* * Do not use route memory for dataset save URLs because it introduces harmful parameters. * Correct size abbreviation to use uppercase B for bytes. * Show images in tool help when rerunning tools and in workflow editor. Fixes [https://bitbucket.org/galaxy/galaxy-central/issue/141](https://bitbucket.org/galaxy/galaxy-central/issue/141) * Make *add dataset to trackster* dialog compatible with new modal behavior. * *Tools* * Move implementation of `from_work_dir` attribute from job finish to job command line to make compatible when setting metadata externally. * Require **[pileup](http://samtools.sourceforge.net/pileup.shtml)** format as input to `/tools/samtools/pileup_parser.*` tool. * Set attribute metadata for **[GFF](/learn/datatypes/#gff)** and **[GFF3](/learn/datatypes/#gff3)** in addition to **[GTF](/learn/datatypes/#gtf)**.
# Announcements

The 1st Swiss Galaxy Workshop will be held October 3-4 in Bern, and is aimed at Galaxy administrators and users alike. We also welcome participants who are using other workflow management systems, and tool developers who are looking for such systems to offer their tools to a wider audience.

We would like to discuss the status of the Galaxy project, new developments, interface to other systems, extensions and best practice in reproducible research.

The workshop is part of the SyBIT Tech Day series.

Got a Galaxy-related opening? Send it to outreach@galaxyproject.org and we'll put it in the Galaxy News feed and include it the next Galaxy Update and News Brief.

The Galaxy Team is a part of BX at Penn State, and the Biology and Mathematics and Computer Science departments at Emory University.

Galaxy is supported in part by NSF, NHGRI, the Huck Institutes of the Life Sciences, and The Institute for CyberScience at Penn State, and Emory University.