Welcome to the June 2014 Galaxy Update, a monthly summary of what is going on in the Galaxy community. Galaxy Updates complement the Galaxy Development News Briefs which accompany new Galaxy releases and focus on Galaxy code updates.

Join the conversation! Learn how [here](/support/biostar/).

During the past 5 weeks, Galaxy Biostar has been wildly successful with over 125 active threads, more than 5 times the number of active threads on Galaxy-user in the 5 weeks before the switch.

Galaxy-User has remained open during the transition, but now it's time to retire it. All new posting to Galaxy-User will be stopped on Friday, June 6, some 101 months, and 8,100 postings after it was launched. All those postings will remain available both in Galaxy Biostar (where they have been imported), and in the online list archives.

Thanks for making Galaxy Biostar, and Galaxy-User before it, such a great resource.

The 2014 Galaxy Community Conference (GCC2014) will start one month from today, June 30, and run through July 2, at the Homewood Campus of Johns Hopkins University, in Baltimore, Maryland, United States.

Registration closes the month. Registering now saves 100% of late registration fees. When you register you can also reserve lodging at Charles Commons, a very affordable housing option in the same building as the conference.

Training Day is an opportunity to learn about all things Galaxy including using Galaxy, deploying and managing Galaxy, extending Galaxy, and Galaxy internals. There are 5 parallel tracks, each with 3 sessions, with each of those sessions two and half hours long. That's 15 sessions and over 37 hours of workshop material.

The program has been published and all titles and abstracts for accepted talks, are now online. Accepted poster abstracts will posted within a week.

The conference is still accepting late abstract submissions. These will be considered as cancellations occur and space frees up (and we have always had a few cancellations).

We are happy to have Penguin Computing as a GCC2014 Silver Sponsor. Penguin, like all Platinum, Gold, and Silver Sponsors will have a table at GCC2104.

There are still Silver and Bronze sponsorships available for the GCC2014 and Giga sponsorships for the Hackathon. Please contact the Organizers if your organization would like to help sponsor these events.

Do you have a feature you've always wanted to implement? Just want to hack on Galaxy (or CloudMan!) with other folks? The Galaxy Hackathon will be a great opportunity to meet and work closely with other community and Galaxy Team members over the course of three days, culminating in some really great improvements and new features to show off at the Galaxy Community Conference afterward.

Participation in the hackathon itself is completely free, but there's limited space so if you're interested and would like to participate please go ahead and book both your lodging and hackathon seat at EventBrite. Register now. As of this writing there are only 11 spots left.

To help organize ideas and people into more concrete projects, we've also set up a hackathon-specific Trello board that we'd love for everyone to go ahead and start using it. The board is public and open to commentary and voting, but to create new cards you’ll need to be added as a member so please note the instructions on the board for that.

Finally, we are happy to have Amazon Web Services on board as the Cloud Infrastructure sponsor for the GCC2014 Hackathon!

There are at least 13 other Galaxy related events in the next two months in Thailand, Canada, France, the United States, Italy, the Netherlands, Australia, and Brazil. Also see the Galaxy Events Google Calendar for details on other events of interest to the community.

49 papers were added to the Galaxy CiteULike Group in May. Some papers that may be particularly interesting to the Galaxy community:

The new papers were tagged in many different areas:

One new public Galaxy servers was added to the published list in May: 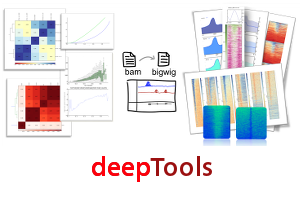 The most recent Galaxy Distribution was released on April 14, 2014.

The most recent version of CloudMan was released in January 2014.

One new deployment description was added in May:

The Community Log Board and Deployment Catalog Galaxy community hubs were launched last your. If you have a Galaxy deployment, or experience you want to share then please publish them.

Access to all TACC-based resources and services, including usegalaxy.org and the Galaxy Project Test Server, will be unavailable from 9 a.m. to 5 p.m., central US time, on Saturday, May 31, 2014. TACC staff will be performing an upgrade to the networking infrastructure. During this time, jobs will continue to run.

During this time you are encouraged to use any of the 60+ public Galaxy servers.