Welcome to the January 2016 Galactic News, a summary of what is going on in the Galaxy community.

51 new papers referencing, using, extending, and implementing Galaxy were added to the Galaxy CiteULike Group in December. Highlights include:

GCC2016 will be held June 25-29 at Indiana University in Bloomington, Indiana, United States. This will be the 7th annual gathering of the Galaxy community, and we are expecting over 200 participants again this year.

Registration information describes the different registration packages, rates, and deadlines. Early registration rates start at less than $40 per day for students and post-docs.

The training schedule includes session titles, descriptions, prerequisites, and instructors. Many thanks to everyone who nominated and voted on topics, and especially to the many instructors who are contributing their time and effort to make GCC2016 a success.

Thanks also go to the Indiana University Pervasive Technology Institute (PTI), who are supporting GCC2016 as a Platinum Sponsor. PTI is home to the National Center for Genome Analysis Support (for which NSF funding was recently renewed), and the Galaxy Trinity instance, and is a long time supporter of the Galaxy Community. PTI pairs fundamental academic computational research with the widely known strengths of Indiana University through innovations and service delivery in networking and high performance computing. See the PTI website for more information.

Registration will open this month

Yeah, we know, we said this last month. But last month "this month" actually meant next month which is now this month, due to, ummm, failure to compensate for the 2015 leap second. Yeah.

The Intergalactic Utilities Commission held it's second codefest with the aim to improve metagenomic research in Galaxy.

The IUC was available for two days in a Hangout to answers questions and to work together with the Galaxy community to enhance our tools and the overall Galaxy ecosystem. 22 scientists from all over the world participated in this and made it a fantastic experience and a success story, which the IUC would like to repeat more often.

There are two event reports, See the one by Björn Grüning, and one by Yvan Le Bras.

Two new publicly accessible Galaxy servers were added in December. And, while not a new server, the server formerly known as MIRPIPE is now the greatly expanded MPI-HLR Bioinformatics Server. 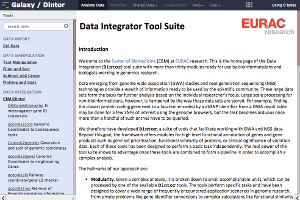 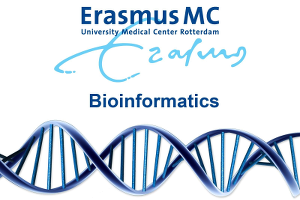 Reports Application The reports web application has been greatly enhanced - including improved styling, new landing page, more reports, pagination, and sparklines. Huge thanks to Daniel Bouchard (@Airistotal) for these enhancements.

and many smaller updates and bug fixes.

And, thanks to Björn Grüning, there is also now a Docker image for Galaxy 15.10 as well.

* Hey, we're the Galaxy Project - we can warp time, dang it!

It is also quite popular and has been downloaded from PyPi almost 4000 times since it was created on December 20.

CloudMan is a cloud manager that orchestrates all of the steps required to provision a complete compute cluster environment on a cloud infrastructure; subsequently, it allows one to manage the cluster, all through a web browser.