Welcome to the June 2017 Galactic News, a summary of what is going on in the Galaxy community. If you have anything to add to next month's newsletter, then please send it to outreach@galaxyproject.org.

GCC2017 will be in Montpellier, France, 26-30 June and will feature two days of presentations, discussions, poster sessions, lightning talks, computer demos, keynotes, and birds-of-a-feather meetups, all about data-intensive biology and the tools and infrastructure that support it. GCC2017 also includes data and coding hacks, and two days of training covering 16 different topics.

GCC2017 will be held at Le Corum Conference Centre in the heart of Montpellier, just 10km from the Mediterranean. This event will gather several hundred researchers addressing diverse questions and facing common challenges in data intensive life science research. GCC participants work across the tree of life, come from around the world, and work at universities, research organizations, industry, medical schools and research hospitals.

If you missed the May 31 regular registration deadline then don't worry because it has been extended to June 16. Regular registration starts at 75€ / day for post-docs and students. You can also book low cost conference housing when you register.

Personalized Analysis of Cancer Data: From Genes to Pathways (and Back)

Dr. Eytan Domany will cover his work in human genomics and computational biology principally in the cancer domain. Eytan Domany is a Professor of Computational Systems Biology in the Department of Physics and Complex Systems at the Weizmann Institute of Science in Rehovot, Israel. The main focus of his group is to mine data from large-scale experiments in biology. The work includes development of mathematical methods, their implementation in algorithms (which are incorporated in user-friendly computational tools), which are then applied to study biological data. Eytan was awarded the Sergio Lombroso Award in Cancer Research in 2016 for his research efforts.

The Galaxy Project: from the Planck epoch to Montpellier

Dr. Anton Nekrutenko and Dr. James Taylor will present a keynote reviewing the history of the Galaxy project, and how it went from a humble Perl script to having its own international meeting in the South of France in the summer of 2017.

If you are reading this, you probably already know who they are. If not, see their bios here.

And the rest of the schedule ...

... will be published this week on the conference schedule web site.

Lightning talks are an excellent chance to share your work, preliminary or otherwise, with the community. Lightning talks are 7 minutes long and are the quickest way to make a lasting impression on, and get feedback from all participants. Submit your lightning talk proposal by June 23.

Talk, Poster and Demo Submission is Closed, but ... 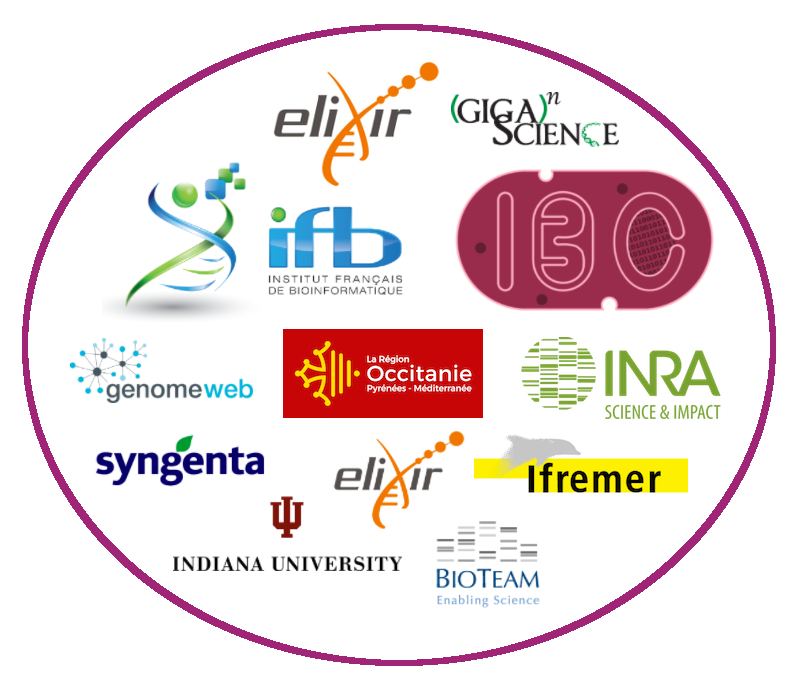 GCC2017 has 11 sponsors! Sponsors are potential partners in your research and sponsorships greatly lower the cost of conference registration. Have a look at the GCC2017 sponsor list and plan on learning what they have to offer (and thanking them) while you are in Monpellier.

Hack the Universe: Capture the Flag at GCC2017!

(Quite possibly the first animated GIF used in a Galaxy Newsletter.) 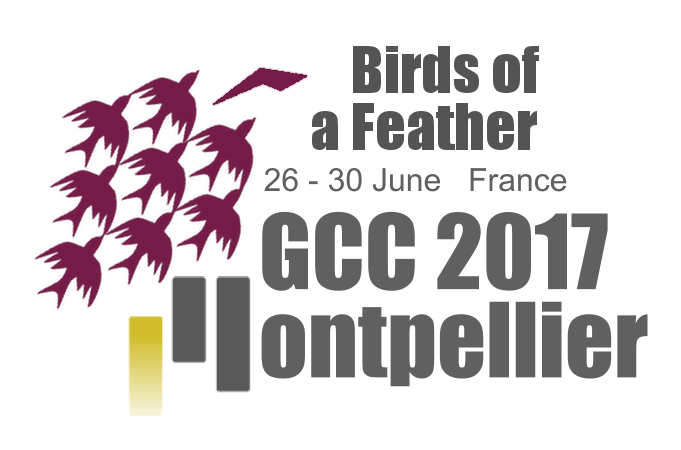 There is no better place than a Galaxy Community Conference to meet and learn from others doing data-intensive biology. GCC2017 continues this tradition by again including Birds of a Feather (BoF) meetups. Birds of a Feather meetups are informal gatherings where participants group together based on common interests.

Know someone who needs to learn more about deploying Galaxy in their organization? There will be a half day Making Galaxy Work for You tutorial at ISMB/ECCB 2017 in Prague, Czechia. The tutorial will provide a practical, hands-on guide to adapting the Galaxy platform to the specific needs of individuals attending the ISMB.

Participants will learn to

We also expect a lot of other Galaxy-related content at ISMB/ECCB 2017 and BOSC 2017. We'll add the presentations to the Galaxy @ ISMB/ECCB 2017 & BOSC 2017 event page as the schedules are posted. (And, please let us know if you have anything on the program.)

See you in Prague! 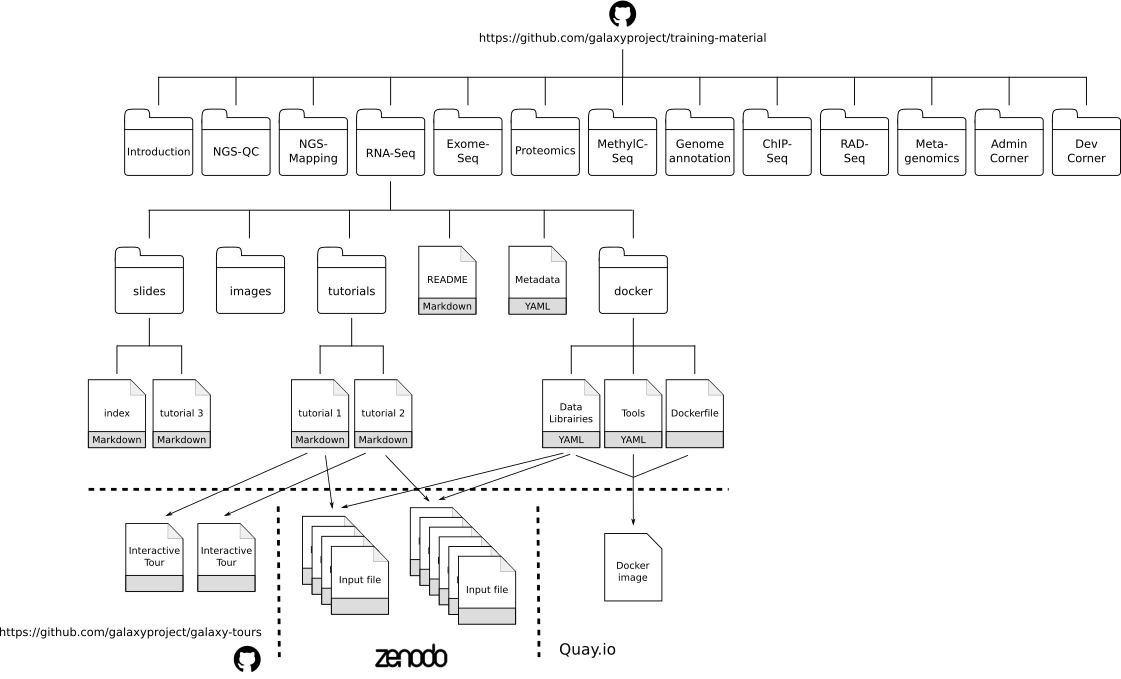 The ELIXIR/GOBLET/GTN hackathon for Galaxy training material re-use was held last month in Cambridge, UK. A lot was accomplished:

85 new publications referencing, using, extending, and implementing Galaxy were added to the Galaxy CiteULike Group in May.

Some highlights from the papers added last month:

There are over 90 publicly accessible Galaxy servers and six semi-public Galaxy services. Here's what happened with them in May 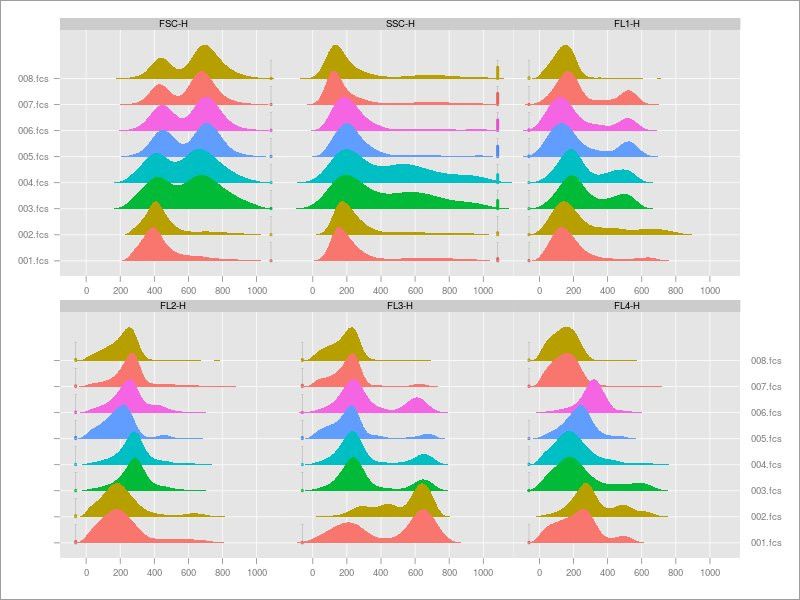 A new release of ImmPort Galaxy is out:

More cool visualizations to look at your flow cytometry data! 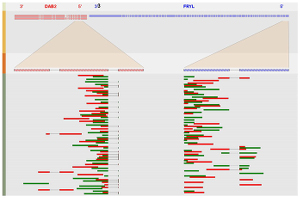 ChimeRScope Galaxy is a tool publishing server for fusion gene discovery from transcriptome-sequencing (RNA-seq) datasets. ChimeRScope is a java application that uses a novel alignment-free approach for discovering fusion genes from transcriptome-sequencing (RNA-seq) datasets. Prediction results from simulated datasets and real datasets show that our method achieves the best prediction accuracy, comparing to all other popular methods.

There is a ChimeRScope Manual including a FAQ. The server supports anonymous access and creation of user logins. ChimeRScope Galaxy is supported by the Guda Lab at the University of Nebraska Medical Center.

Galaxy has reached many different communities far beyond classical NGS. To support this the IUC is organising regularly contribution fests dedicated to special topics, with the aim to increase tool coverage and develop re-usable workflows. One of the first contribution fests focused on metagenomics, a field that is gaining more traction in the Galaxy community. Here we highlight two pull requests that were recently merged and added Qiime (Quantitative Insights Into Microbial Ecology) and mothur to Galaxy. These tools are the most popular pipelines used by the microbial ecology community to perform microbiome analyses from raw DNA sequencing data.

Based on previous work by James Johnson, ~150 tools were developed and adapted to the most recent IUC standards for Galaxy tools, including integration with BioConda and BioContainers. This effort was led by Saskia Hiltemann and Bérénice Batut and several reviewers and contributors, who created more than 300 commits and touched more than 600 files (including test-data). Thanks Saskia and Bérénice for this effort!

The tools can be installed via the Galaxy Tool Shed:

Both tool suites and many more metagenomics tools are integrated into the metagenomic Galaxy flavor.

Tool Shed contributions from May. 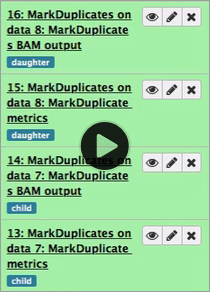 # Tags are propogated
in histories

The Galaxy Committers published the 17.05 release of Galaxy in May.

Tag your data with propagating hashtags

Upload directly to a collection

We extend special thanks to the 64 New Contributors to Galaxy in the past year.

Additionaly there are New Configuration Options and New Datatypes sections.

Parsec is a newly released set of command-line utilities to assist in working with Galaxy servers. It uses automatically generated wrappers for BioBlend functions. Manage histories, launch workflows, and more, all from the command line. The README includes several examples.

See the release notes for what's new in release 0.9.0.

A new release of Galaxy CloudMan is available on the Amazon Web Services cloud infrastructure. This release includes Galaxy 17.05, an updated tool list, and Slurm configuration changes to improve job performance. To get started, vist https://beta.launch.usegalaxy.org/ or take a look at the Getting Started guide.

CloudBridge aims to provide a simple layer of abstraction over different cloud providers, reducing or eliminating the need to write conditional code for each cloud. It is currently under development and is in an Alpha state. Release 0.2.0 includes several fixes and enhancements.