Welcome to the December 2014 Galaxy Update, a summary of what is going on in the Galaxy community. Galaxy Updates complement the Galaxy Development News Briefs which accompany new Galaxy releases and focus on Galaxy code updates.

The French Working Group GALAXY-IFB (Institut Français de Bioinformatique) is organizing a second Galaxy Day around the Galaxy portal. The event will be at Institut Curie in Paris over two days. This year, we want to involve two communities: biologists (also known as Galaxy 'users') and bioinformaticians (Galaxy 'developers'). The goal is to present user experience around the portal, from a single user to a wider community:

If you are anywhere close to Richmond, Virginia and you want to attend an Introduction to Galaxy Workshop, then you are in luck. Thanks to sponsorship from the College of Natural and Health Sciences at Virginia State University, the workshop is free and open to all researchers and students. The workshop is split into morning and afternoon sessions. No knowledge of programming or command line interfaces is required.

However, space is limited, so you are encouraged to register right now.

Please let the GCC2015 Organising Committee know if you are interested in helping make this event a success.

... will open shortly. The topics offered at the GCC2015 Training Day will be determined by you, the Galaxy Community. Topic nominations will open shortly (watch those Galaxy channels), and nominate topics will be voted on by the community early next year.

Please start giving some thought to what topics you would like to see covered at the GCC2015 Training Day.

There are upcoming events on two continents. See the Galaxy Events Google Calendar for details on other events of interest to the community.

96 papers (a new record) referencing, using, extending, and implementing Galaxy were added to the Galaxy CiteULike Group in November. That's a new record. Some of those papers are:

The new papers covered these topics:

The Galaxy mailing lists have been moved from the lists.bx.psu.edu domain to the lists.galaxyproject.org domain. This transition should be largely transparent, but there are a few things to be aware of:

The prior bx.psu.edu list posting email addresses will continue to accept email, which will be forwarded to the new list addresses.

The Galaxy-Training mailing list is for anything related to training with Galaxy and training about Galaxy. Galaxy-Training is also the official mailing of the Galaxy Training Network, a world-wide group of training organizations that give Galaxy-based training.

If you are at all interested in Galaxy Training then you are encouraged to join the list. Messages to this list are publicly archived and will be included in the Galaxy search engine as well.

And please welcome the latest member of the Galaxy Training Network:

This brings total membership to 22 training organizations on 5 continents. 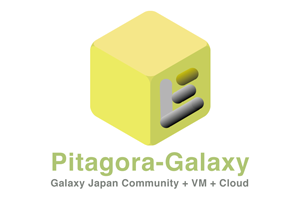 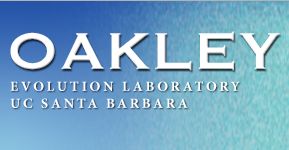 There were no new Log Board or Deployment Catalog entries in November! Eek! Please don't let this happen again!

The Community Log Board and Deployment Catalog Galaxy community hubs were launched last your. If you have a Galaxy deployment, or experience you want to share then please publish them this month.

BioBlend v0.5.2 was released in October. BioBlend is a python library for interacting with CloudMan and the Galaxy API.

New versions of Galaxy, CloudMan, and blend4j were all released in August.

Here are new contributions for the past two months.