Welcome to the November 2015 Galactic News, a summary of what is going on in the Galaxy community.

81 new papers referencing, using, extending, and implementing Galaxy were added to the Galaxy CiteULike Group in October. Highlights include: 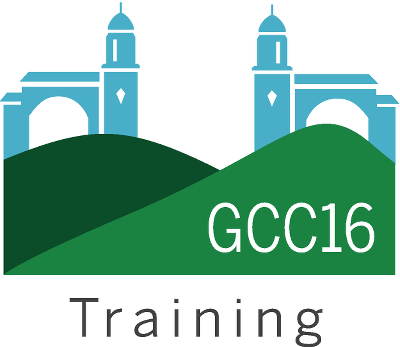 The 2016 Galaxy Community Conference (GCC2016) features two full days of training on June 26-27. Each day will have multiple tracks, with each track featuring several sessions throughout the day. GCC2016 will be held at Indiana University in Bloomington, Indiana, United States.

Topics will then be selected and scheduled based on topic interest, and the organizers' ability to confirm instructors for each session. Some very popular sessions may be scheduled more than once. The final schedule will be posted before registration opens (which we are hoping will be the end of November).

We are planning a remote hackathon on 30th of November and 1st of December for developers to work mainly on Galaxy metagenomic tools.

The remote nature of this gives people who don't have the opportunity to come to GCC hackathons (which have always been productive and a lot of fun) a chance to participate in a Galaxy hackathon. Having a well defined topic will allow us to accomplish a lot and let people who don't have particular tasks in mind find something to work on very quickly.

We are collecting ideas to work on, but we expect to attract the most participation by simply getting tool developers interested in getting help adding collection support to their existing tools and workflows to show up and participate.

If you are interested in participating in the hackathon but not interested in actual tool development - we will assemble a list of smaller, manageable Python and JavaScript tasks to work on and certainly documentation is a chronically lacking for collections so we could use help there and no actual coding would be required.

We encourage ideas or advice about how to organize this so please let us know. A core group will be available on IRC all day and we will have 4 google hangouts across those days to organize, answer questions, and report progress.

We will do our best to coordinate and make this hackathon a nice and productive experience and we would like to especially focus on working reasonable hours and discourage overnighters.

All forms of contribution are welcome!


The call for hosts for GCC2017 closes 30 November. If you are interested, please see this announcement.

Video and slides for the GalaxyAdmins meetup on October 15 are now available. David Kovalic presented on Galaxy at Analome – Outreach, Opportunity and Challenges. This was followed by an active discussion about plans to migrate this wiki to another platform.

GalaxyAdmins is a special interest group for Galaxy community members who are responsible for Galaxy installations. We're skipping the December meetup (wouldn't you rather be on holiday?) so the next meetup will be in February. Hope to see you there.

There are upcoming events on 3 continents in 4 countries, and a veritable globular cluster of events in France this month. See the Galaxy Events Google Calendar for details on other events of interest to the community. 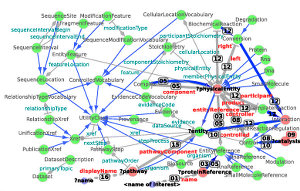 Planemo saw a meteor storm (sorry!) of activity in October with 4+ releases.

Planemo is a set of command-line utilities to assist in building tools for the Galaxy project. Planemo 0.18.1 is the most recent release. See the release history.

BioBlend version 0.7.0 was released few days ago. BioBlend is a python library for interacting with CloudMan and the Galaxy API. CloudMan offers an easy way to get a personal and completely functional instance of Galaxy in the cloud in just a few minutes, without any manual configuration.) From the release CHANGELOG.

July 2015 Galaxy Release (v 15.07) Galaxy Release v 15.07 includes enhancements to Interactive Environments and the Workflow Editor, an update of the Policies for Committers and Pull Requests and much more.

This is the most complete update of the Galaxy on the Cloud platform to date with all the cloud components being built from the ground up. See the [CHANGELOG](https://github.com/galaxyproject/cloudman/blob/master/CHANGELOG.md) for a complete set of changes or just give it a try: see the all new [Getting Started](/cloudman/getting-started/) documentation.

And 2 new Community Log Board entries were added as well. Both are about wrapping Tools for Galaxy:

Ran out of time to compile these. Look for a double batch in December.

In September Galaxy turned 10 years old by one important measure. Another milestone was reached in October when the Galaxy codebase surpassed of 20000 commits. And appropriately (and if I can count), the 20,000th was a pull request commit from community member Helena Rasche originally submitted by team member Nate Coraor.

Our thanks go to the community and the team alike.