Welcome to the March 2015 Galaxy Update, a summary of what is going on in the Galaxy community. Galaxy Updates complement the Galaxy Development News Briefs which accompany new Galaxy releases and focus on Galaxy code updates.

82 new papers referencing, using, extending, and implementing Galaxy were added to the Galaxy CiteULike Group in February. Some highlights: 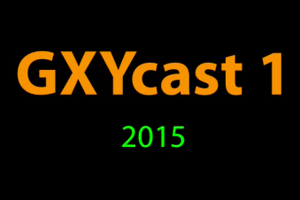 A refresh of UseGalaxy.org has started. It includes

All of these are described in the new Galaxy Screencast GXYCast1: 2015. Look for more updates coming soon.

An intense two-day hands-on collaboration to develop working code that is useful to the Galaxy community. If you know how to code, and want to contribute to one of the most successful open source projects in the life sciences, then please consider attending. See the Code Hackathon home page for more.

An intense two-day hands-on collaboration to develop cutting edge analysis pipelines that are useful to the Galaxy community. If you know data analysis, we would love to have you here to help us beat back those seemingly unsurmountable analysis challenges. See the Data Wrangling Hackathon home page for more.

Something new for GCC2015 is Training SunDay, an additional day of training offered the day before its older sibling Training Day, and featuring a single track with the most in-demand topics. You can attend both Training Days, or just one. Training SunDay features these three topics:

These three topics are also offered on Monday as well. You can register for one or both Training Days.

The schedule for Training Day, Monday, 6 July is available. Training Day featuring five parallel tracks, each with three, two and a half hour workshops. There are topics on using Galaxy, interacting with it programmatically, and deploying, administering, and extending Galaxy. No matter what you do with Galaxy, there are workshops for you.

Early registration (save heaps) will open in March. Early registration is very affordable and starts at less than £40 per day for students and postdocs. If you work in data-intensive life science research, then it is hard find a meeting more relevant than GCC2015. We look forward to seeing you there.

Abstract submission for Oral and Poster Presentations at the 2015 Galaxy Community Conference (GCC2015) is now open.

We are pleased to announce that again in 2015, any oral or poster presentation will also be eligible for consideration for publication in the GigaScience "Galaxy: Data Intensive and Reproducible Research" series (first announced for GCC2013). GigaScience is pleased to offer a 15% discount on article publishing charges for accepted papers from GCC2015.

A hands-on, 4 day workshop on RNA-Seq and ChIP-Seq Analysis with Galaxy will be held at the UC Davis Bioinformatics Core in Davis, California, United States, March 23-26. There are just a few slots left.

Video and slides from the first GalaxyAdmins meetup of 2015 are now available online.

GalaxyAdmins is a special interest group for Galaxy community members who are responsible for Galaxy installations. Our next meetup will be in April.

There are upcoming events in 7 countries on 4 continents. See the Galaxy Events Google Calendar for details on other events of interest to the community.

One new public Galaxy servers was added in February: 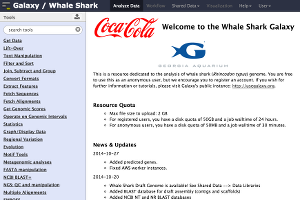 
Two new Community Log Board entires were added in February:

Galaxy has moved its source from Bitbucket to GitHub. The development of Galaxy takes place there from now on.

However, the Bitbucket repositories are still the official source for deployment until we polish the process.

The most recent Galaxy release was the 2015-01-13 distribution. This addressed several critical security vulnerabilities, added IPython integration, and included a Tool Form Upgrade for Beta Testing.

There were several releases of Planemo in February. Among many other new features, it is now install-able from PyPI and contains a new command to assist in bootstrapping new tools.

BioBlend v0.5.2 was released in October. BioBlend is a python library for interacting with CloudMan and the Galaxy API. In January the BioBlend source was moved to the galaxyproject Github account.

New versions of CloudMan, and blend4j were released in August.

There was no shortage of new ToolShed repositories in February, but there was a shortage of time to describe them. Look for a double batch of new tools next month.